The remarkable transformation of Sausalito from a tranquil village, to the epitome of present day luxury, involves many characters. Shaped as much by the residents that have called this town home, as by the bay waters lapping at its shores, Sausalito’s evolution is now complete; it is one of the most sought after destinations in the world.
Coast Miwok, the earliest inhabitants, were eventually displaced by a Mexican land grant and the subsequent European settlers. The Spanish explorers christened the land Sauzalito, meaning “small willow grove” in Spanish. Much later, with the advent of the ferry service to San Francisco, the town became a Victorian village escape for San Franciscans. When the North Pacific Coast Railroad lay down its tracks, and later when the auto ferry was introduced, Sausalito became a transit hub and the population expanded. African American ship builders, Italian fishermen, Chinese shopkeepers, rail yard workers, ferry crewmen, and dairy ranchers all called Sausalito home during this period of time. The town continued to change. Painters, dancers, writers, musicians, bohemians, hippies, and house-boaters then contributed to the culture of Sausalito. The people and events of Sausalito have developed its identity.
Present day Sausalito is a backdrop for a modern travelogue. There is a historic downtown with yacht harbors, boutique shops, original art galleries, restaurants and hotels built out over the water, and a grand promenade with breathtaking views of the San Francisco Bay, Angel Island, Alcatraz, Golden Gate Bridge, and the world famous skyline of San Francisco. It is truly an incredible place. It also has a strong sense of community. Events around town include the renowned art festival, jazz concerts, and Fourth of July parade. Distinguished schools, and some of the most coveted real estate in the world, make Sausalito one of the best places to raise a family and invest in property. It has enjoyed a fascinating history and its extraordinary character is timeless. Look no further than to Golden Gate Sotheby's International Realty to find you the perfect home in Sausalito.

The earliest inhabitants of beautiful Sausalito were Coast Miwok. According to historians, these tribes were friendly and had a well-organized community. It wasn’t until 1775 that the first European came to the location of what is now Sausalito. This explorer was named Don Jose de Canizares and he prospered by using a lot of the surrounding timbers for commercial purposes. The land during this time was a vast, unspoiled wilderness and even though San Francisco was founded on September 17th, 1776, the northern part of the Bay, including Sausalito, was left alone for another half a century. It is only around 1825 that William A. Richardson, an Englishman who later became a Mexican citizen, decided to develop lands in the northern part of the Golden Gate. He called the place "Rancho Saucelito". Because others claims of ownership had been submitted for the same region, Richardson temporarily lost Rancho Sausalito. It is only in 1838, that he became fully owner of the 20,000 acres of Rancho del Sausalito.
The first post office officially opened in 1870. Sausalito was a terminus of the North Pacific Coast Railroad thanks to extended tracks, built in the 1870s. In the early 1920s, a ferry station was established in Sausalito to carry passengers and automobiles across the San Francisco Bay. It was part of the Old Highway 101 and welcomed thousands of automobiles. The town was, back then, known for its long queues of cars lined up waiting for the ferry to bring them across the Golden Gate. In 1937, when the Golden Gate Bridge was open, Sausalito became quickly a low traffic town. Sausalito still kept the ferry to commute passengers to the City. When the United States entered World War II, Sausalito became a place where a shipyard building Liberty Shops located along the waterfront. Near Sausalito, in the town of Marin City, thousands of workers were hosted. After World War II, the shipyard was decomissioned and Sausalito became a smaller community. It has truly evolved throughout the years and is now known around the world for its gorgeous waterfront homes, marinas, numerous boutiques, restaurants and art galleries.

Location, Climate and Weather in Sausalito

Sausalito is located along the picturesque shores of the San Francisco Bay. Just across the Golden Gate Bridge, and facing Belvedere, Angel Island and San Francisco, Sausalito has a completely different climate from the one San Francisco has come to be known for. It has a Mediterranean climate, much different than the notorious city fog. The temperature ranges from an average low of 38 degrees to a high of 85 degrees and the rainfall averages 47 inches a year. This weather allows locals to enjoy outdoor recreation virtually all year long.

According to the US Census Bureau there are 4,024 households in Sausalito with a median value of owner-occupied housing units from 2007-2011 of $1,000,000. Sausalito offers different housing solutions such as condominiums, apartments, single family homes, houseboats and multifamily homes are available. In 2013 the minimum price sold for a single family home was $415,000, the average price was $1,670,049 and the maximun price was $5,600,000. This is an increase of 13% over 2012. Overall Sausalito is a great place to make a real estate investment.

The Sausalito Marin City School District has two schools. First is Bayside/MLK Academy (kindergarten through 8) and Willow Creek Academy (kindergarten through 8) is a public charter school which welcomes applications from any student who reside in California. Residences of Sausalito are fortunate to attend Tamalpias High School, for it is nationally ranked and recognized as one of the premier high school's in the nation with some of the State's highest test scores, rates of graduation and college acceptance. There are a number of private schools in Sausalito. Please visit the Quick Links section for more information.

Transportation and Commuting from Sausalito

Sausalito has commuter express bus stops to speed you into downtown San Francisco in less than 20 minutes. Estimate drive time is 15 minutes without commute traffic. Alternatively the Sausalito Ferry Terminal is located in downtown and is served by a free bus shuttle located along Sausalito's main throughfare, Bridgeway. The ferry ride is approximately 30 minutes. For a schedule and fees please visit the Golden Gate Transit site for more details.

Activities and Things To Do in Sausalito

Sausalito is a fun place to live, with many restaurants, art galleries and boutiques; you will never feel bored. With a great walking path along the waterfront, you will admire amazing views of the City, the hills of Marin, unique and charming houseboats, harbor seals, pelikans and sailboats on the Bay. Sausalito is a little French Riviera along the shores of the San Francisco Bay. It has waterfront shops and restaurants with tourists coming from all around the world to enjoy the unique ambience. In Sausalito's downtown, you will enjoy multiple art galleries were paintings and sculptures from local and international artists are featured. Sausalito also offers the Bay Area Discovery Museum with an educational center, the Bay Model Visitor Center operated by the US Army Corp of Engineers.

Outdoor Recreation and Parks in Sausalito

With Sausalito's waterfront parks and marinas, its wooded hills and its particular ambiance, Sausalito is definitely a town of outdoor activities. Sport excursions are available; renting kayaks, paddle boards, boats and bicycles are readily available. It's a short ride from Sausalito to the Golden Gate Bridge along amazing vistas of the Bay, hills, City and Pacific Ocean. Walking through the marinas, or in a natural path near the town will make you feel miles away from the busy San Francisco. You can also enjoy one of the many parks Sausalito offers. For our four legged residents, Sausalito boasts a large fenced dog park where canines can romp with their friends while their owners socialize.
Sailing is always popular is Sausalito. The numerous marina's and public boat docks are always busy. One can take sailing lessons at Sausalito's Modern Sailing School and Club or kayak and paddleboard lessons and rentals at the Sea Trek Kayak and Stand Up Paddling Center located on a sandy Sausalito beach. The Sausalito Yacht Club is a member's only establishment was established in 1942 and sits on a pier next to the Sausalito Ferry Terminal in downtown. SYC supports the Sausalito Youth Sailing Foundation to foster the next generation of water loving locals.

Nightlife and Entertainment in Sausalito

Sausalito is home to fabulous night spots such as Horizons - its a place that should not be missed. Serving up some excellent steak and a gorgeous view, you can hang around late while local musicians who record locally will play late into the night. The No Name Bar doesn't need another name. It's been around since the groovey 1960s hosting jazz music. If you want your music live five nights a week with an enormous dance floor, try out the Sausalito SeaHorse. This is fast becoming the place to go for a nightlife to have a blast. Sausalito's legendary Smitty's Bar is a small local dive right off the waterfront. It's a fun place to spend time, have some tasty snacks, play pool, fooseball and shuffleboard. A very secluded haunt that is mainly crowded with locals, the Ultra Modern Lounge, or the UML as it is called affectionately by the locals, arrive early and stay late for all the action. Visit the Sausilito Cruising Club to hear some of the best rhythm and blues, rock, and jazz in the Bay Area. The jam sessions can't be beat at this classy gem on the waterfront.

Sausalito is world reknown for its art and cultural events. Sausalito sponsors a free jazz and blues concert every Friday evening in the summer presented in Gabrielson Park. In keeping with Sausalito's "off-beat" reputation is the town's annual Fouth of July Parade and Picnic. The parade begins at the south end of town, up Bridgeway to Caladonia Street with marching bands, strolling citizens of varied stripes and hues along with their various four-legged friends. The party continues in Sausalito's Dunphy Park where live music is performed in the park's gazebo and picnicers cover the lawn. The Fourth culminates with a fireworks display best viewed at Sausalito's waterfront parks.
The town's premier Sausalito Art Festival, founded over 60 years ago, features the country’s best art, most exciting artists and a top-name music line-up every Labor Day weekend. The Sausalito Film Festival is held for three days in August presents an eclectic scedule of feature films and documentaries from around the world.
In September don't miss the annual Sausalito Houseboats Tour presented by the Floating Homes Association, Inc. Visitors get access to private floating homes along Sausalito's storied waterfront.
In December there's the ICB Artists Open Studios, a free event hosted by local artists who open their studios to art lovers. Also in December, Sausalito On The Waterfront sponsors the annual Lightboat Parade and Fireworks show. Stand along the Sausalito's Bay parks and watch the show.

Sausalito is known for its unique shops, boutiques and art galleries. Sausalito's very own Heath Ceramics original factory and retail establishment is open for business and in the same location since 1948. Sausalito Jewelers delights the eye and brings a smile to all who drop by for a visit. For unique gifts and housewares visit Burlwood Gallery and EyeItalia, wine lovers will enjoy Bacchus and Venus, and only in Sausalito where you will find Renovo Hardwood Bicycles. In keeping with Sausalito maritine past and present, vist the Ship's Store for gifts, marine supplies and showcase for local artists. And off the beaten path you will find Studio 333 where local artisans sale arts and crafts. Check out the Quick Links for additional shops. 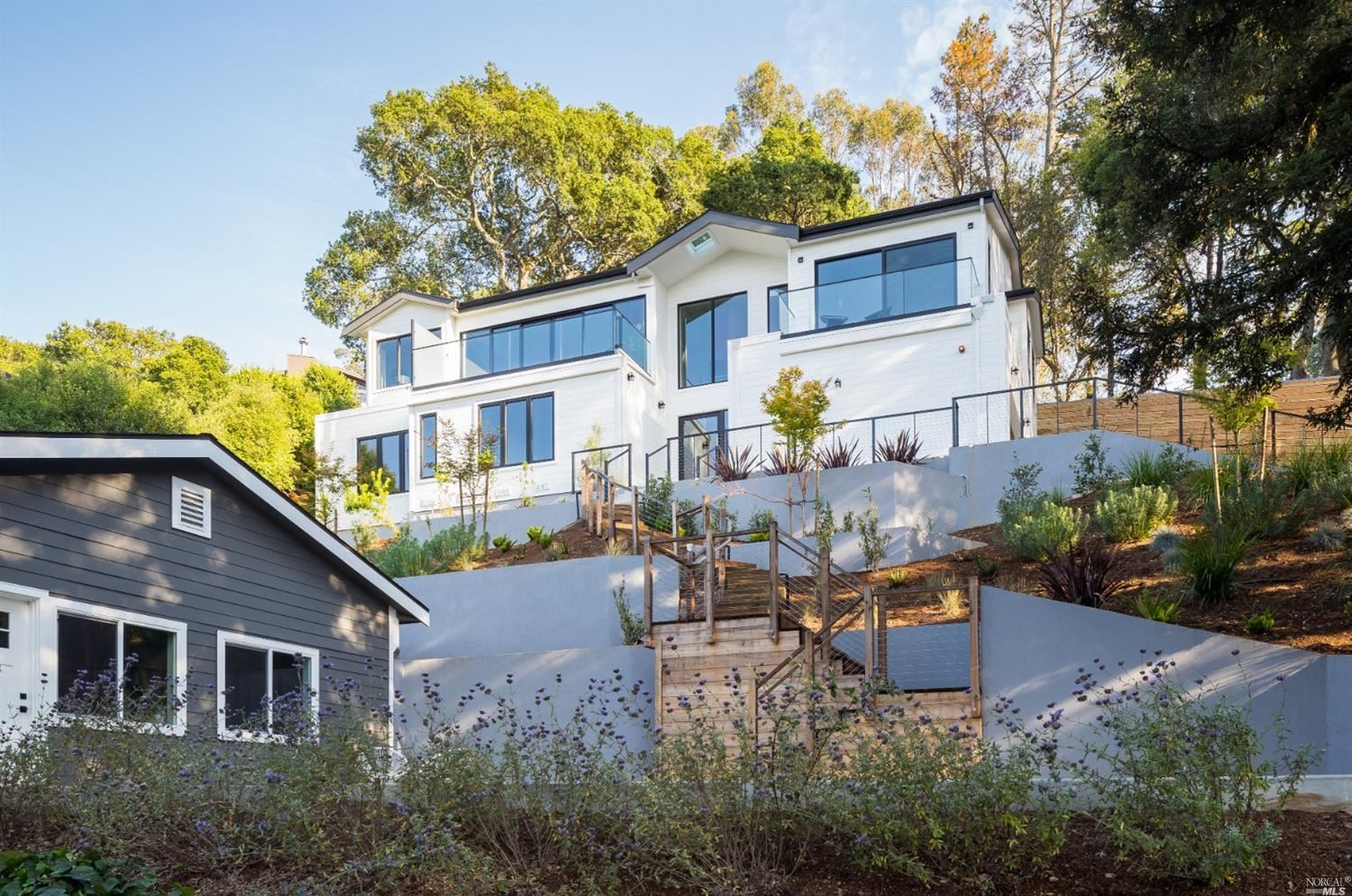 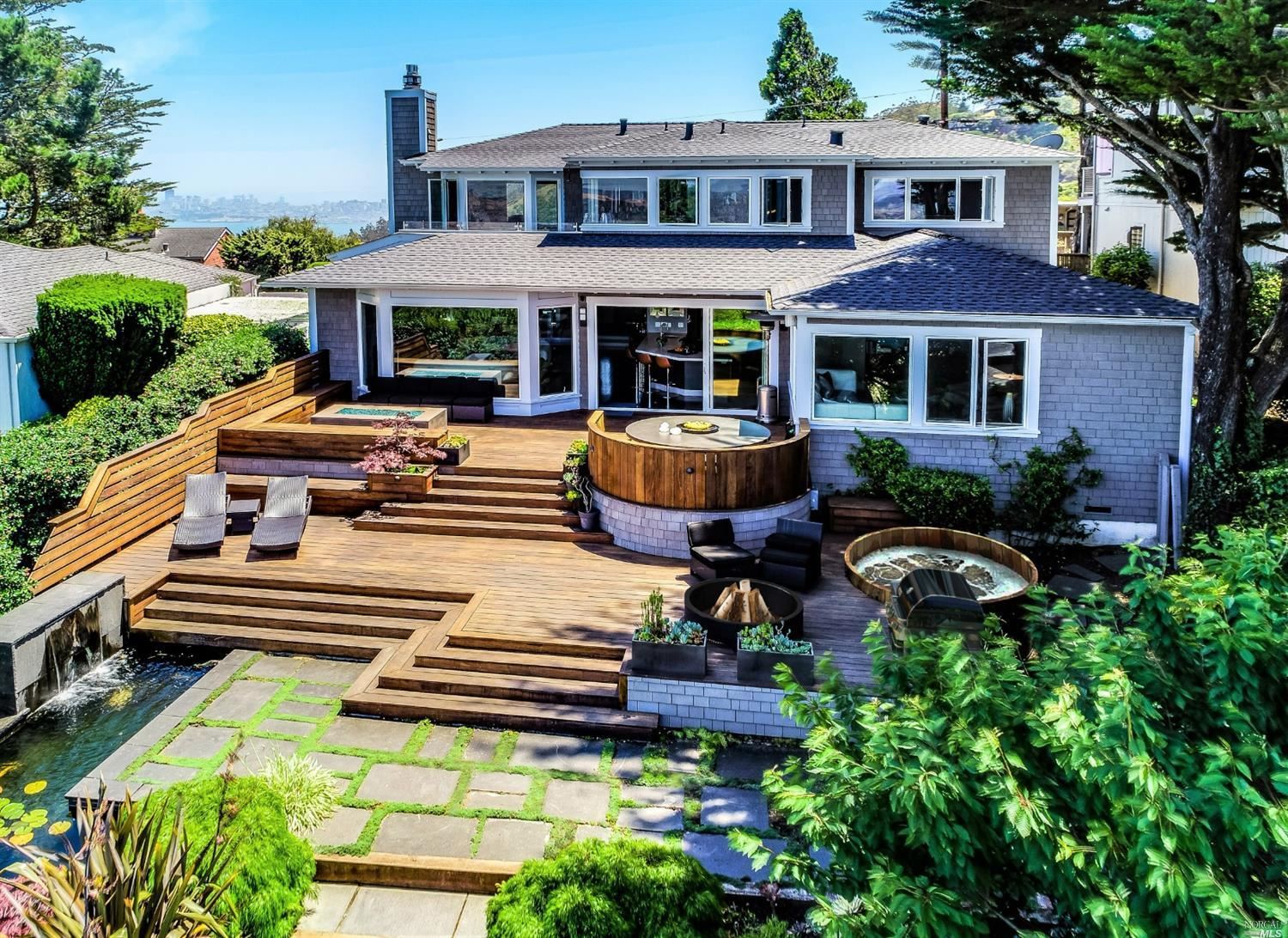 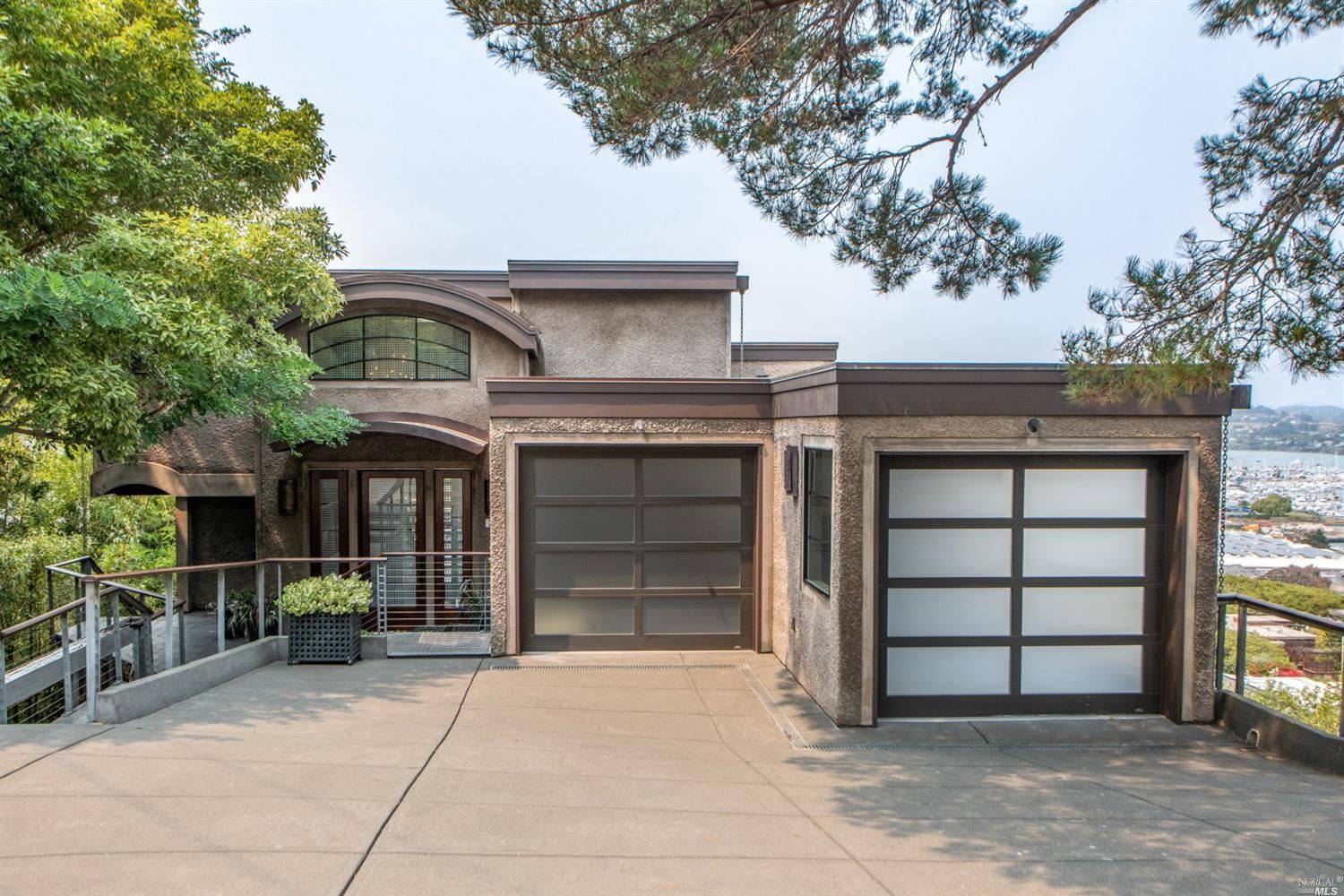 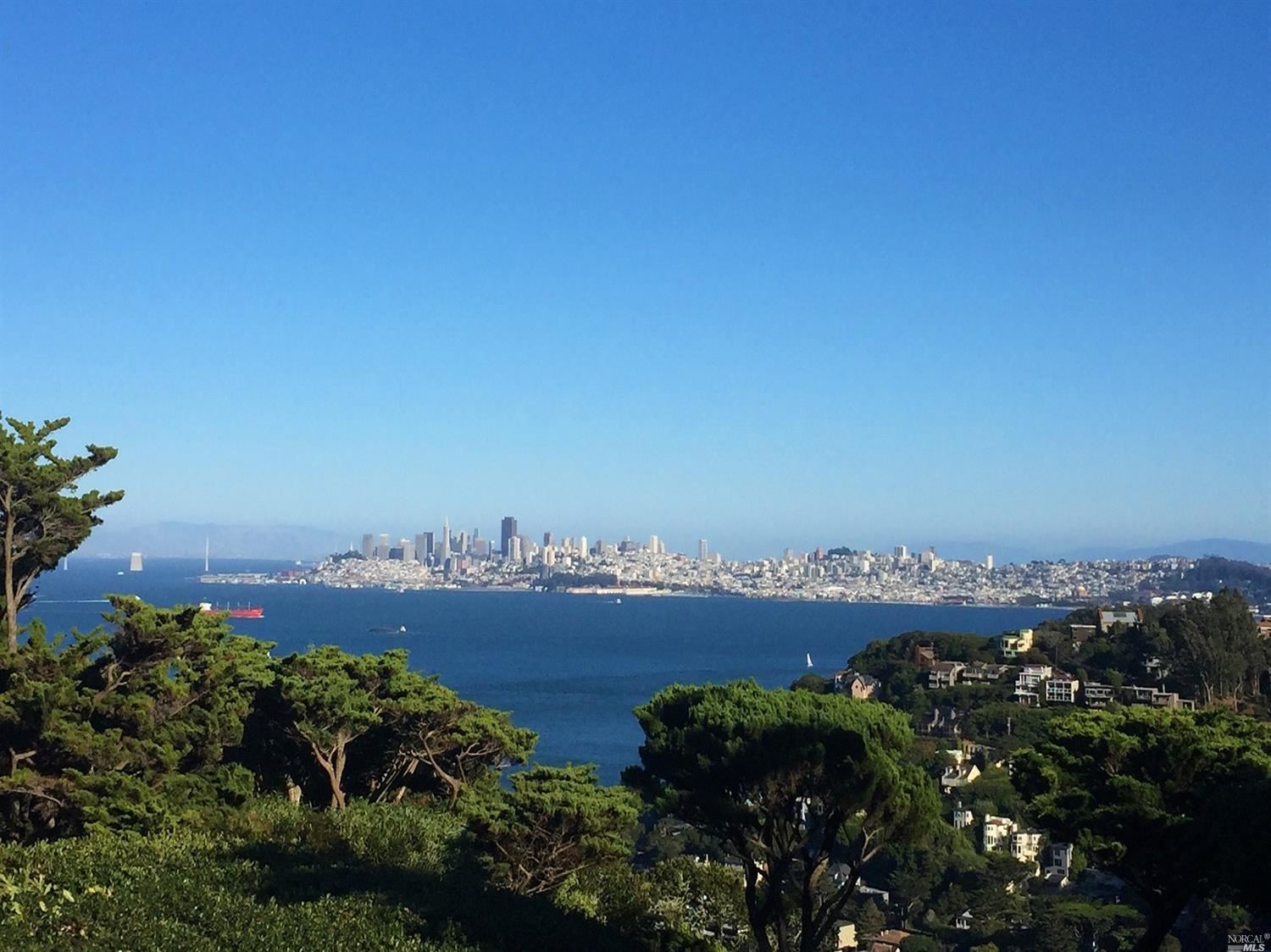 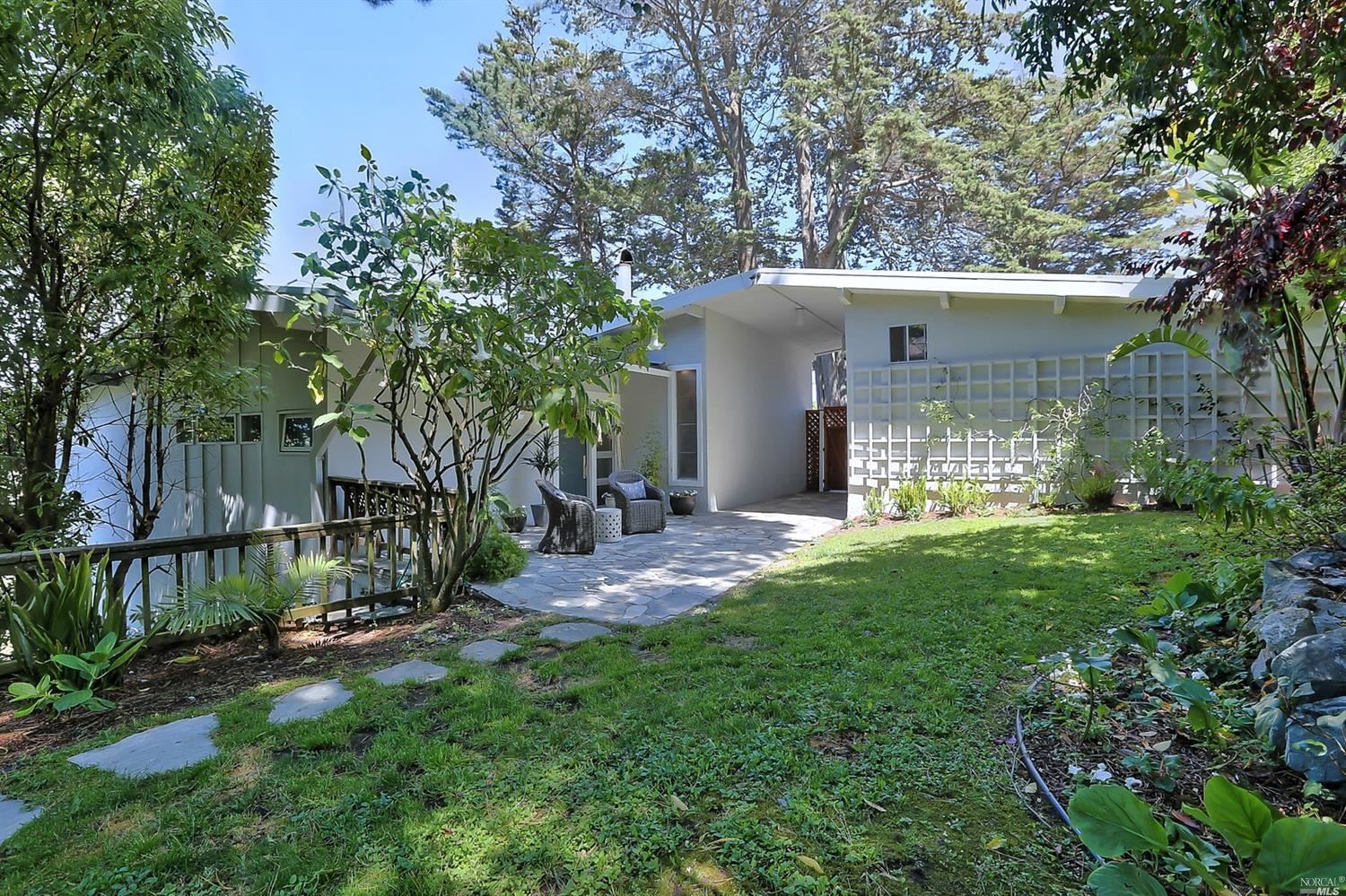 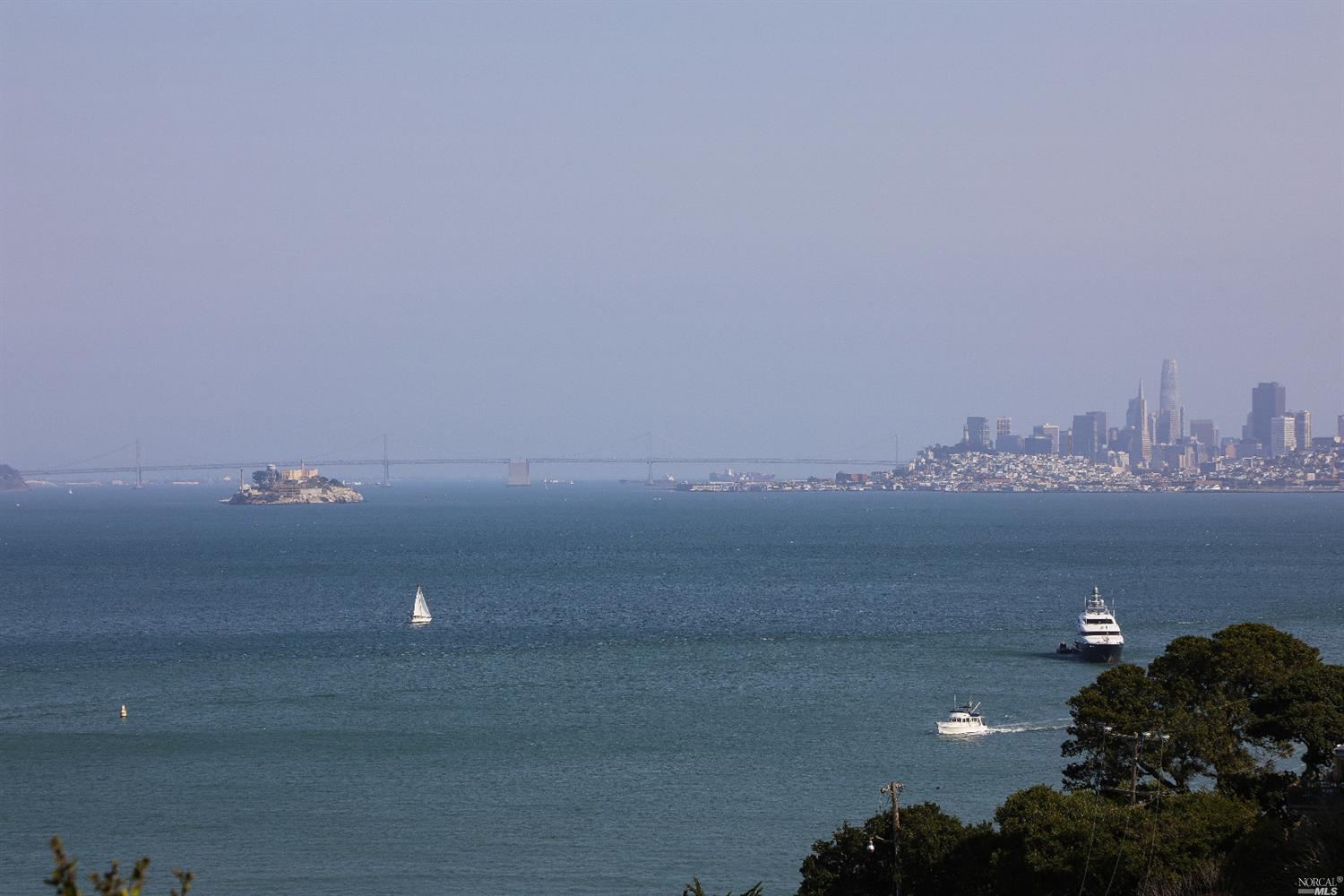 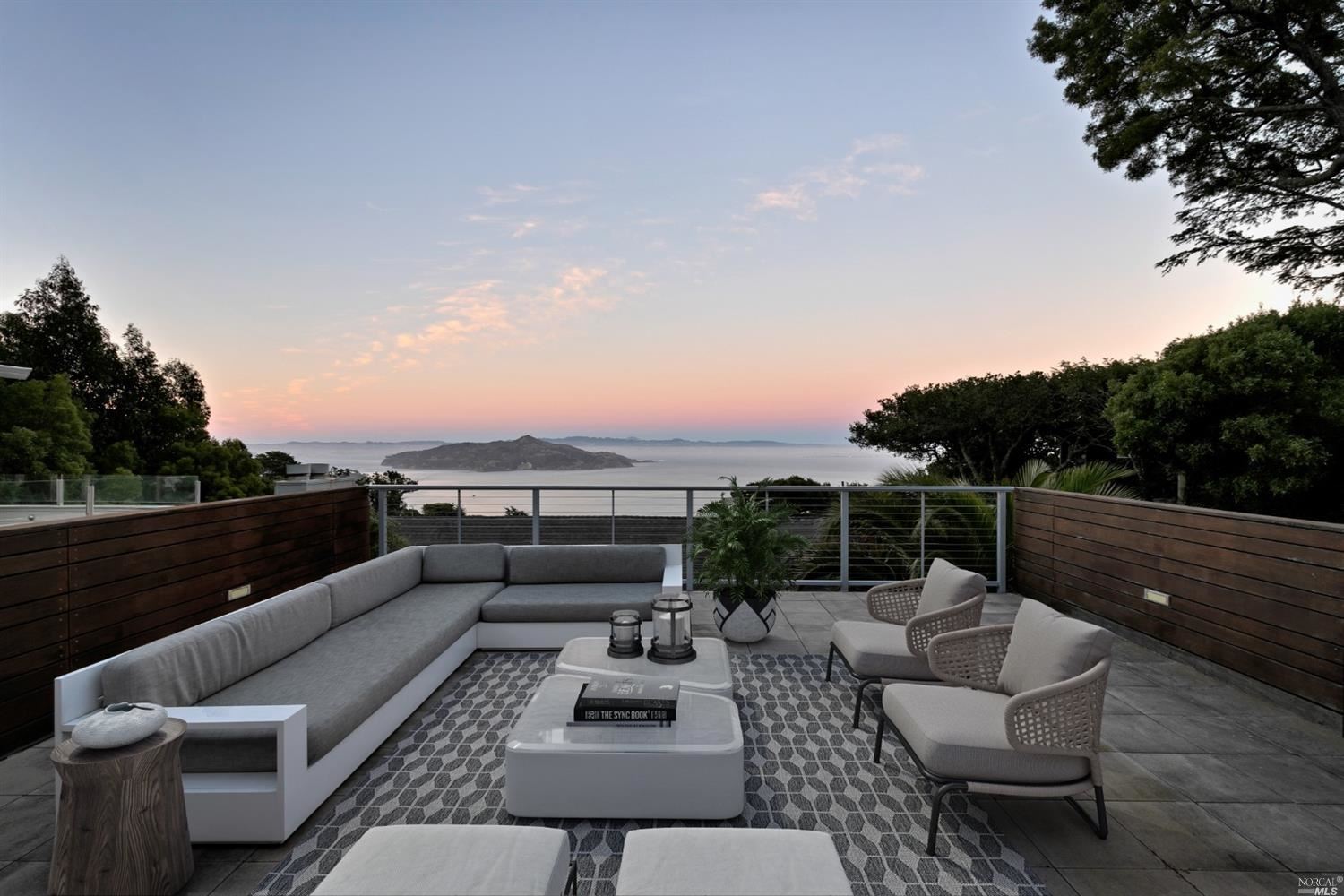